Earlier this week, General Motors’ Cruise division announced that it was opening up its self-driving taxi service to the public in San Francisco. For years now, Cruise has been testing its self-driving cars on the streets of San Francisco. The cars have racked up over 2 million miles of driving in the city. During that time, they’ve been constantly scanning their surroundings, monitoring traffic patterns, and otherwise learning about the city.

Previously, the cars were supervised by human safety drivers, who sat behind the wheel and were ready to jump in if something went wrong. Over the last few months, though, Cruise began testing its cars without safety drivers, operating as an autonomous taxi service. Who were the passengers? Cruise employees.

That’s apparently gone well, as Cruise announced this week that the service would open to the general public. Cruise has obtained a license from the state of California to launch the service. Initially, it will be free (Cruises’ license only allows free rides), but down the line, they’ll likely charge, just like Uber or Lyft, but with robots behind the wheel.

In a Twitter thread, Cruise’s Vice President of Product Oliver Cameron answered a variety of questions about the launch. According to Cameron, the service will initially launch at night. That’s likely to avoid the much more congested traffic conditions in San Francisco during the day. Cruise’s cars will be limited to a top speed of 25 miles per hour. While the cars will do all the driving themselves, they’ll be able to connect to a Remote Assistant if they encounter problems, who can guide them from a remote location.

Cruise’s permit allows for 200 cars on the road in San Francisco, with more projected to take to the roads over the Summer. Customers will be able to summon the cars, which will pull to the side of the road. Customers will use an app to unlock them. They will ride in the back of the car as it drives itself to their destination.

Sold on the idea of Cruise-ing around San Francisco in a self-driving car? Here’s how to sign up. Firstly, take a look at your LinkedIn, and see if you know anyone at Cruise. People referred by employees have been getting the first shot at a ride.

If you don’t have a contact there, you can sign up on the Cruise website. It’s not yet clear exactly how many people are on the waitlist for the service and when more public rides will begin, but if you sign up now, you can get in line and find out as soon as your robot taxi is ready to pick you up. 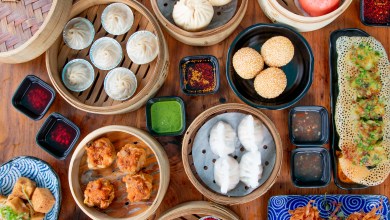