These pictures are from a series that I took while visiting Half Moon Bay, California on my birthday in 2017.

I love Half Moon Bay. It’s a starkly beautiful town along the Pacific Coast just south of San Francisco and west of Silicon Valley, filled with rugged beaches and fjords leading into the ocean. Visiting it feels like being on the very edge of the Western world.

Despite being only a few miles from the highly developed Silicon Valley cities of Palo Alto and Mountain View, Half Moon Bay remains very remote. It can only be reached via two routes — a winding drive along the coast via California 1, our state’s most iconic road, or a twisting two lane road through the woods. (Stop at Lemos Farm on the way in if you’re visiting with kids.)

Adding to that is the fact that’s it’s often cold and shrouded in fog — and that it has incredibly dramatic cliffs leading down to the water and rough, rocky beaches — and Half Moon Bay has been compared to the Scottish moors or the coast of Ireland.

One of the crown jewels of Half Moon Bay is the Ritz Carlton Hotel, which is perched on a dramatic cliff over the water, and ties directly into the area’s Scottish feel with a championship golf coarse. I took these photos of the hotel and surroundings while walking along the cliffs, with my Leica R7 and Ektar 100 film.

Here you can see the golf course surrounding the hotel.

At one point, this little guy popped in for a visit (look closely). Caddyshack, anyone?

This is where having a 70–210mm telephoto was great. It’s not as crisp as a prime, but it does allow you to capture things like this little visitor without spooking him.

The hotel has a rugged, windswept elegance, and fully embraces Scottish culture, with a bagpiper to welcome in the sunset.

This man is working hard at his job!

You can set up outside and roast marshmallows in the hotel’s firepits.

The scenery — especially at sunset — is incredibly dramatic.

It’s a beautiful place, and was the perfect setting to capture on film. I’m especially fond of how Ektar 100 worked for this shoot. It’s very constrasty and saturated, and it brought out the colors in Half Moon Bay’s dramatic landscapes, especially the vivid greens and blues of the sky, ocean and manicured golf course.

Pairing it with my workhorse R7 also gave me full control over exposure, allowing me to keep using the (relatively slow) film to get dramatic colors even as the sun started to set.

If there’s anything better than Ektar 100 for capturing a sunset over the Pacific, I haven’t seen it.

Web Story: Do You Need a Car to Visit San Francisco? 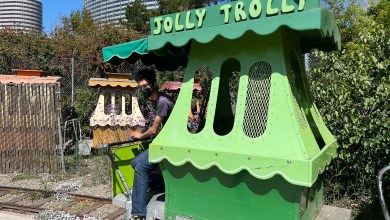 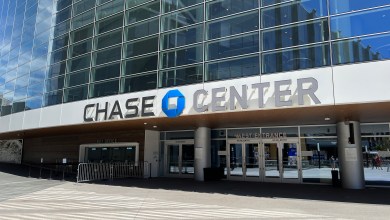