Eating shave ice is an iconic part of a trip to the Hawaiian island, and no one does shave ice better than Ululani’s. The family-owned business has crafted this island delicacy since 2008. A Google search for “world’s best shave ice” turns up Ululani’s as the first result.

Co-owner David Yamashiro is extremely proud of that. In late 2021 I sat down with Yamashiro at Ululani’s location in Wailuku on Maui to talk about his icy confections, the impact of the Covid-19 pandemic — and why San Franciscans’ love of Maui is so crucial for his business.

Ululanis has multiple locations around Maui, as well as a new location in Hollywood. Make sure to call ahead or check the Ululanis website to confirm hours before you visit.

My favorite locations are the beach-side one at the Hyatt Regency and the OG location in Lahaina. The Wailuku location is the most convenient and easiest to get to if you have a car.

Ululani’s started from humble beginnings. David Yamashiro and his wife Ululani were living in the Pacific Northwest. (Both hail from Hawaii originally.) Ululani liked the mainland, but during Vancouver’s hot summers she missed the Hawaiian shave ice she remembered from her childhood.

Like so many food entrepreneurs, Ululani decided to start a cottage food business to bring real shave ice to her friends and neighbors. She used money from her 401k to buy her first shave ice machine. David and Ululani started serving homemade shave ice at community events and private parties in 2003.

Over the next several years, Ululani’s reputation grew and she started serving shave ice all over the West Coast at cultural events, farmer’s markets, and food popups. In 2008, Ululani and David moved to Maui to be closer to family, teamed up with an old friend who became their business partner, and launched their first brick-and-mortar location in Lahaina. David told me that he was originally hands-off, wanting his wife to have full control over the business. But as it grew, the couple started running Ululani’s together full-time.

It was hard work. Ululani’s first location was only 65 square feet — basically a closet. There wasn’t even room to store ice, so David had to drive ice blocks in from Kula multiple times per day. If he was the only person manning the shop, he’d put out a little sign saying “Be Back Soon” before driving more than an hour to get more supplies. The business was slow — some days, the store would sell only 12 shave ices during a full 13-hour day.

Despite low sales, David and Ululani persisted. As tourists from the mainland discovered the couple’s shave ice, things started to change. David told me that blogs, tourist reviews on sites like Yelp and Trip advisor, and the birth of social media rapidly transformed their business, spreading the word about their treats to travelers all over the country.

Over the next several years, Ululani’s exploded. David and Ululani expanded their business, opening locations in Kihei, Wailuku, Kaanapali, and other towns throughout Maui. Especially on hot days, lines at Ululani’s flagship Lahaina location can exceed an hour. David told me that Ululani’s now serves over 1 million shave ices per year. The company is still a family-owned business, but they now employ over 115 people throughout Maui, making Ululanis a huge local job creator.

Not a Snow Cone

What makes their shave ice so special? And what is shave ice, anyway? David told me what shave ice definitely is not: a “snow cone” or Italian ice. These frozen confections — which are ubiquitous here in the Bay Area — use chunky pieces of crushed ice and are usually flavored using sickly-sweet, brightly-colored artificial syrups. They’re tasty in their own right, but they’re a far cry from what Ululani serves up at her shops.

True shave ice has its origins in Japan. Japanese immigrants working Hawaii’s sugar and pineapple plantations in the 1800s created a modified version of their traditional kakigori ice. To cool off on hot days, these workers would use their farm implements to shave thin layers of ice off big blocks used for refrigeration, flavoring it with syrups made from cane sugar and fruit juice.

The shaving part is crucial — whereas snow cones are made by grinding up ice cubes, real shave ice is made by using a sharp blade to shave tiny mounds of ice off a giant, solid block.

Today, the process is performed using a special machine that spins a sharp blade against the ice block rather than using a farm implement. But the basic procedure for shaving ice hasn’t changed much in 200 years. The result of shaving instead of grinding is a light, fluffy ice that’s a far cry from the grainy snow cones I remember eating where I grew up on the East Coast. This fluffy ice is then topped with flavored syrup.

Surprisingly, David told me that there’s nothing special about Ululani’s ice shaving machines. They’re the same machines that basically even shave ice place in Hawaii uses. So what’s the secret to Ululani’s success? When I asked David, he smiled and said that it’s just that — a secret. But like a Silicon Valley founder dropping hints about their proprietary tech, David did share some of the specifics that make Ululani’s shave ice so special.

For one thing, David said that Ululani’s makes all their flavored syrups in-house. They use cane sugar exclusively, eschewing the cheaper corn syrup that many competitors favor. (Despite a storied sugar-making past, Maui produces little sugar today, so Ululani’s has to import it.) Ululani’s flavors their syrups using local fruit purees and other local ingredients, giving them a powerful, clean, natural flavor without cloying sweetness.

Ululani’s is also obsessive about the way they prepare their ice. Whereas competitors often buy ice blocks from distributors, Ululani’s makes their own five-pound blocks at two warehouses on the island, transporting them to each of its stores using their own drivers to ensure quality control.

This harkens back to the company’s early days, when David would schlep an hour to Kula to bring ice blocks to their first storefront. The exact ice production process is proprietary, David told me, but they use fancy tech like reverse osmosis and UV filtration to make sure each ice block is absolutely pure.

Lots of other “little details” complete the experience, David said. Ululani’s trains its staff on everything from how to shake the syrups, to the exact settings to use when shaving ice. They serve their ice in colorful plastic cones or compostable bowls, and offer toppings like homemade mochi, a “snow cap” of sweetened condensed milk, Li Hing Mui seasoning, and locally-made ice cream, as well as over 40 flavored syrups.

No Ka Oi, which features mango, coconut, and passion fruit syrup, is their best seller. Guests enjoy their treats at iconic colorful picnic tables, which include specially-cut holes that are the perfect size to hold Ululani’s ice-filled cones.

I’ve loved Ululanis since I first tried it on a visit to Maui in 2015, and I’ve made a point of stopping by their stores every year since then. As I sat outside Ululanis’ Wailuku location chatting with David, I ate pretty much an entire store’s worth of shave ice. At one point in our interview, David gently reminded me that I didn’t need to finish all four bowls of shave ice that he had arrayed in front of me to sample.

I couldn’t help myself, though — Ululani’s shave ice is amazing. The ice itself is light and ethereal. It’s more like a fluffy mound of just-fallen snow than the grainy piles of solid crystals you find in West Coast snow cones. Ululanis’ syrups are crisp and sweet, imparting strong flavors to the ice without hitting you with an overwhelming sweetness.

Ululani’s treats are massive, and the staff is trained to carefully sculpt each shave ice using chopsticks to create a smooth, appealing exterior that holds the syrup well. Shots of syrup and strategic pokes from a chopstick create little craters in the ice’s exterior, ensuring that the flavor permeates the whole mound of ice, not just the surface.

As your treat melts, the syrup and remaining ice meld into a delightful mixture that you can slurp up with a spoon or straw. It’s a perfect, refreshing way to cool down on a hot, sunny Maui day.

Ululani’s is popular with locals. On my visit, I talked with several Maui residents who say they stop by routinely to grab a shave ice. Many come to Ululani’s less-crowded Wailuku store, or take their kids on the weekends for a special treat that’s also steeped in Hawaiian history. Still, tourists — including thousands of visitors per year from the Bay Area — are the main driver of Ululani’s business, David told me.

As we talked and ate shave ice, I asked David how he felt about all these tourist crowds mobbing his stores. Did he ever resent San Franciscans waltzing in to get shave ice once per year, and then contributing to the throngs of people clogging up Maui’s pristine, sandy beaches while enjoying their melty treats?

David kindly but quickly put my idealized, outsider’s vision of a tourist-free Hawaii to rest. Tourism, he told me, is the lifeblood of much of the island’s economy.

On a more personal level, tourists’ dollars and their good aloha spirit (in the form of beautiful Instagram pictures and positive Yelp reviews) were what let him and his wife achieve their dream of building Ululani’s from an idea into a thriving small business. Those dollars and good vibes also allow them to employ over 100 locals — including many young people — in solid, good-paying jobs.

Nothing illustrated Ululani’s symbiotic relationship with visitors more clearly for David than the Covid-19 pandemic. Like many food businesses, Covid hit Ululani’s hard.

The business almost totally shut down for the pandemic as Hawaii implemented some of the country’s strictest lockdown measures. It was a scary time, as David and Ululani faced the prospect of losing what they had spent so many years building. Empty beaches are nice, David said, but not if you can’t earn a living.

As the pandemic abated a bit and Maui reopened, though, hungry visitors — many of them craving Ululani’s after a year or more without a visit — started to flood back. As of my visit in late 2021, most of Ululanis’ stores had reopened, and business was once again booming. David expected it to ebb and flow as Covid surges and wanes. But as the economy recovers, he’s happy to see lines of San Franciscans and other visitors outside his stores again.

With a once-again thriving business, David and Ululani are always thinking about how they’d like to expand. David told me that he’s received over 10,000 inquiries about opening Ululani’s franchises worldwide. A Hollywood location appears in the works. You can also buy Ululani’s syrups, and even a mini ice shaver, to create an approximation of their treats at home.

But for now, if you want to try the best shave ice on Maui — and perhaps anywhere in the world — you’ll have to visit Ululani’s yourself. When in Maui, check out their Lahaina location for the OG experience, their Kihei or Wailukpu outposts for a more subdued visit, or their Kaanapali cart for shave ice that’s served just steps from the beach. You may never eat a snow cone again. 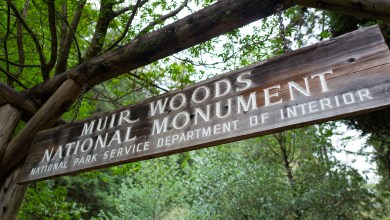 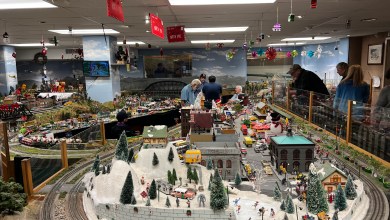 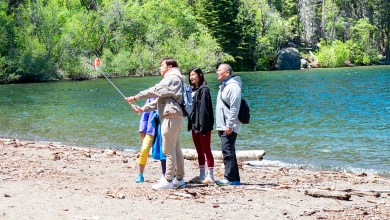