This recently discovered historical photo, taken on Kodachrome film and scanned by my company Gado Images, shows the North Beach neighborhood of San Francisco as it appeared in 1978.

The photo shows a Powell and Market cable car traveling down Taylor Street near the intersection of Water Street, with two other cable cars visible in the background. We also see parked cars along the street, including a bright orange Volkswagen Beetle.

The Beetle has become iconic of San Francisco, especially during the time period shown, so seeing one parked along the road feels like the perfect SF touch for this historical photo. Also visible are some of San Francisco’s Victorian homes, and an advertisement on the cable car for a local hotel reading “Meet me at the St. Francis.”

Here’s how the scene looks today.

Several of the buildings are still present — as are those iconic cable cars! 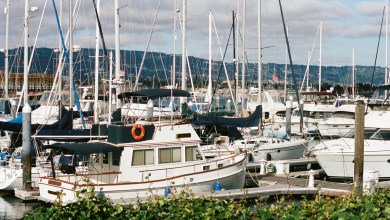