Looking for a great day out with children in Oakland or the surrounding areas? Oakland may not have a giant theme park like Vallejo’s Discovery Kingdom. But it does have one of America’s best classic amusement parks, as well as some wonderful places to take kids for rides and outdoor fun.

As a dad of three in the Bay Area, I’ve visited all these places and can share my perspectives and advice with you.

Here’s a look at the best Oakland amusement parks, with a focus on children and families.

Children’s Fairyland in Oakland is a magical place. This classic amusement park was originally launched in 1950. At the time, admission cost just 9 cents. For generations since then, the park has been delighting both young visitors and their parents.

If you grew up in the Bay Area, you’ll be pleased to know that Children’s Fairyland hasn’t changed much since you visited as a kid. When you bring your own kids, you’ll recognize many of the same rides, seating areas, and theming elements that you enjoyed growing up.

Legend has it that Walt Disney visited Children’s Fairyland around 1950, and his visit helped to inspire him to launch Disneyland. That’s hard to verify, but Fairyland has much of the same fairy tales vibe, albeit on a much smaller scale and budget, and is often called the first storybook theme park.

In 1994, with help from the Lake Merritt Breakfast Club, children’s fairyland became a non-profit. That makes it almost as much like a museum for a past era of children’s entertainment as a fun attraction.

While all that history is cool, your kids won’t care about it at all. They’ll be focused on the park’s slides, rides, animals, merry-go-rounds, trains, and more. Children’s Fairyland calls the park “a timeless reminder of the joys of standing three-feet tall” and your kids will definitely feel that joy.

Things to Do at Fairyland

Some of the best things to do at Children’s Fairyland are:

What age is good for Fairyland?

Kids of all ages can find fun things to do at Fairyland. That said, the park is designed primarily for kids 8 and under. Teenagers might enjoy the park’s retro vibe ironically or see it as good fodder for TikToks, but really Fairyland is best for young kind.

All the rides in the park are on the right scale for little kids. Even the tiny ferris wheel is only about 15 feet tall, so your toddler won’t be scared.

Keep in mind that adults cannot visit Children’s Fairyland without having a child with them.

The Oakland Zoo is a wonderful family destination for a lot of reasons. But even if you don’t plan to pay admission and enter the zoo itself, the Oakland Zoo’s Adventure Landing offers a variety of carnival-style rides that your kids will love.

Some of the best rides in Adventure Landing are Soaring Wings and Roaring Racers, two tame rides for smaller kids that involve spinning around in tiny airplanes or racing cars. Adventure Landing also has a small carousel with a wildlife conservation theme.

One of the top attractions at Adventure Landing is the Tiger Trek roller coaster. It’s a small roller coaster that’s more akin to the kind of ride you’d find at a boardwalk or carnival than at a big theme park. Still, it’s a bouncy, rollicking ride and your kids will enjoy riding it.

As I write this, the roller coaster is closed to maintenance, but it should reopen soon.

My favorite ride at Adventure Landing is the Wild Australia train. The train takes you through the Oakland Zoo and into a special exhibit where you’ll drive among wallabies and emus. I once had an emu walk right up to the train during the ride! The entire family will enjoy this one.

Adventure Landing has free admission, but you’ll need to buy ride tickets for each ride. Head into the Oakland Zoo afterwards for live animals, more fun rides, and plenty of things even very young children will like.

The Tilden Merry-Go-Round is technically located in Berkeley. But it’s so close to the Oakland border–and Tilden itself seamlessly blends Berkeley, Orinda, and Oakland–so we’ll call this an Oakland attraction.

The Tilden Merry Go Ground is another historic attraction that your kids can still ride today. It’s a beautifully restored carousel with its own building, as well as an attached snack stand and picnic areas.

You and your kids will love riding the merry-go-round. You might like it so much that you want to return for special events or a birthday party. One of my kids had a birthday party at the carousel, and it was unique and a lot of fun. The on-site catering option for carnival-style food was a big draw for the party.

Willing to venture a bit beyond Oakland? There are several great options for larger amusement parks just a short drive away.

Six Flags Discovery Kingdom in Vallejo is a full-scale amusement park that people in Norcal love. If you have bigger kids or teens who are looking for thrill rides, giant roller coasters, tons of dining options, and more, Discovery Kingdom is the perfect place to go.

An annual pass for Discovery Kingdom costs $79.99, which is a great deal if you live locally and plan to go a lot. The park probably isn’t a great fit for the littlest kids, but as your kids get older, it’s a great option.

If you don’t mind driving a bit farther from Oakland, the Santa Cruz Beach Boardwalk makes a great place for the perfect day trip. It’s a classic boardwalk that reminds me on Atlantic City, near where I grew up on the East Coast.

The beach boardwalk has rides, carnival games, and plenty of seaside junk food. It’s definitely a bigger time commitment than Oakland’s local amusement parks, but it does make a nice day trip.

Especially if you have younger kids, Oakland offers several classic amusement parks and attractions that are a perfect fit. Children’s Fairyland is the crown jewel, but there are tons of amusement park options in Oakland and a short drive away.

The 10 Best Restaurants in Dublin, California; A Local's Advice [2022] 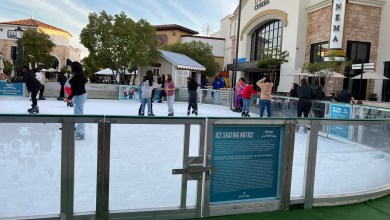 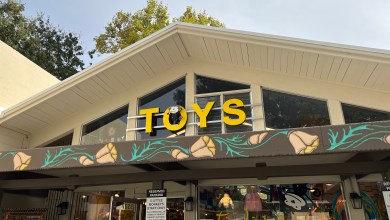 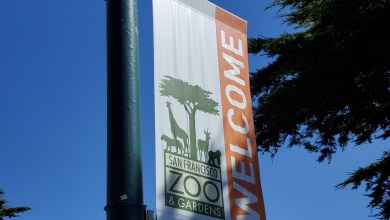